An Eerie Night and Foggy Morning In The Woods

One of the perks of living in Melbourne, aside from the devine coffee that I could not go a day without, is that you’re close to a wide range of landscapes that can satisfy your every craving. In a city where the weather is as unpredictable and unstable as a pregnant woman’s mood, it’s a relief knowing that you don’t have to travel for endless hours to get to the beach or the mountains. 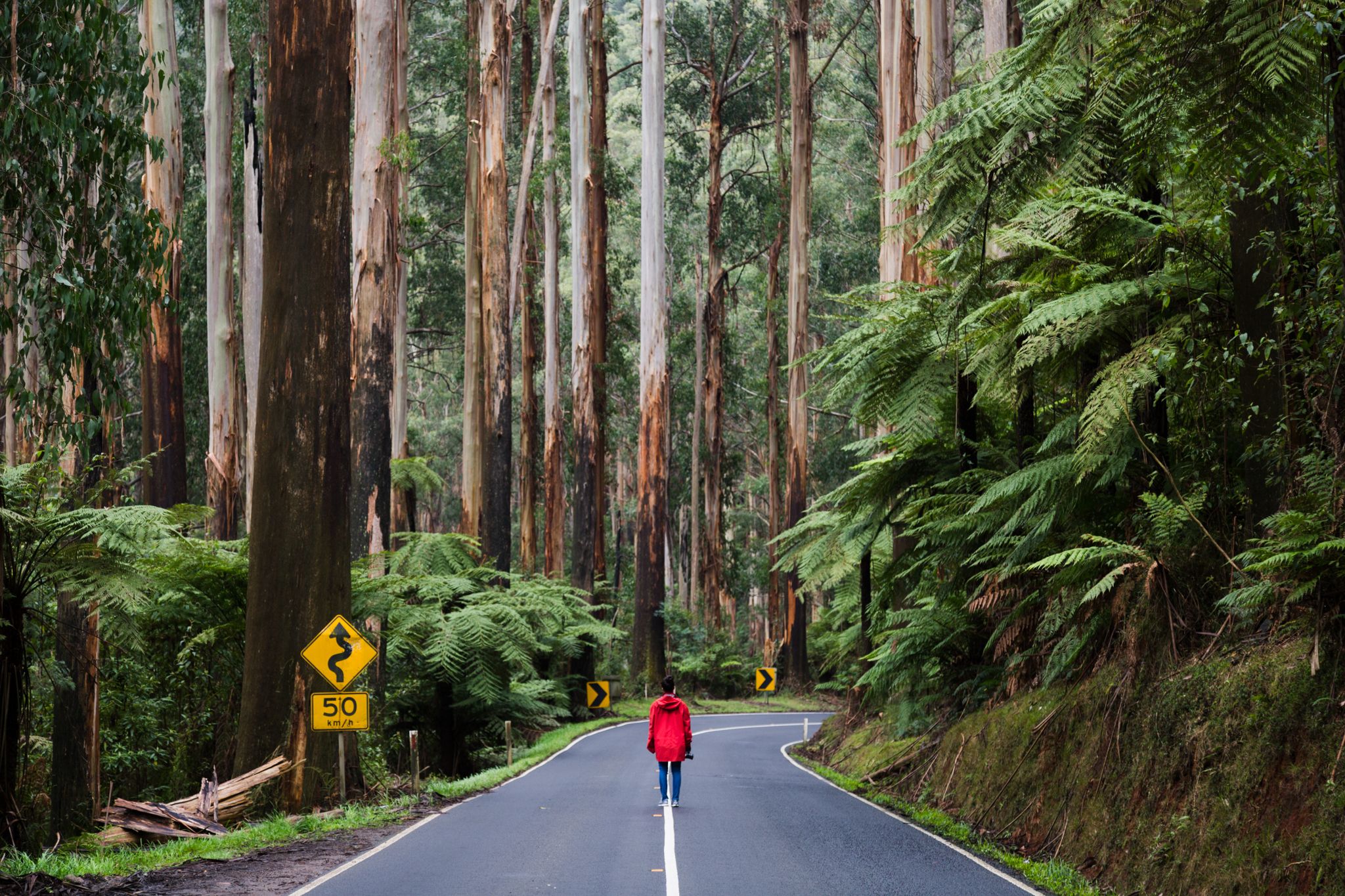 For a person like myself, who’s indecisive and likes a bit of everything, having different landscapes a stone’s throw away is like a god send. That’s one of my favourite things about any city and that’s why I was completely infatuated with Melbourne by day 2 following my arrival.

However, that didn’t seem to be a good enough reason to make me stay for over a year… and that’s another thing you should know about me: I change my mind more often than the Kardashians change wigs.

But that’s besides the point.

I’m here to show you some pictures from a day trip I did with a friend on a gloomy winter day. It was my very first trip outside of the city (and in Australia) and I was extremely excited about it. We planned it just right: we were going to leave late in the evening and do the two hour drive that would lead us straight into the woods and on to the kind of road you’d see in American or Canadian national parks — a long and winding path surrounded by giant trees scattered as far as the eye can see; then, in the morning, we’d wake up at the crack of dawn to take advantage of the inevitable fog and take as many pictures as we could of it until the sun would light everything up entirely. It was a great plan, and it worked!

A thick and fluffy duvet made sleeping in the car a tad less uncomfortable than it usually is. The lack of wind made for a peaceful night, though we didn’t go without experiencing a couple of freak outs at night, as you wood (hehe).

First, it was the toilet freak out. We were parked in a little entrance on the side of the road for the night and it was close to a dingy toilet that was too open and spacious for my liking in such an environment. I had my phone with the flashlight on and although the place looked creepy, it worked just fine. It wasn’t until I opened the door to get out of the toilet that I saw a  GIANT leech stuck to my sweater sleeve right by my wrist. I had never had the pleasure of meeting these little ugly things, so I hope your judgement isn’t too harsh towards me when I tell you that I let out a little scream and ran out of the place as fast as I could. My guy friend, who I thought would be of great help to reassure me that the little things were not going to kill me and to check that I didn’t have others resting on other parts of my body, changed the game: as soon as I mentioned leeches, he let out a scream similar to mine and started begging me to get them off him ASAP…

Yes, I was the one with leeches on my clothes (I found 3 other ones on my legs), and yet he was more scared than I was. I ended up laughing at him and forgetting about my own mini freak out in no time. I never let him forget about that great episode! The second freak out of the night was when, at around 1AM, I couldn’t sleep and decided to get out of the car and stretch a little. As I opened the door and set foot outside of the car, I heard something loud nearby in the bushes. My conscience knew it was obviously animals, but my brain was not having it that night and so decided to scare me off a little, just for the sake of it. I froze on the spot, not knowing what to do… until I heard an even louder and closer sound of leaves being stepped on and branches crackling in the vicinity. I let out a quiet “OMG” and got straight back into the car and locked the door.

Once again, I freaked out my friend more than the thing in the bushed freaked me, but this time I didn’t laugh much. I was a bit concerned with what was in the surroundings, until my friend decided to turn on the car and the lights to try and have a better look at the bushes, and as he did, a half-meter tall creature jumped out from behind the plants and went running into the forest as fast as it could: it was a joey. My first time seeing a joey too! Needless to say, a calming feeling of relief overtook me and put me to sleep within an hour. 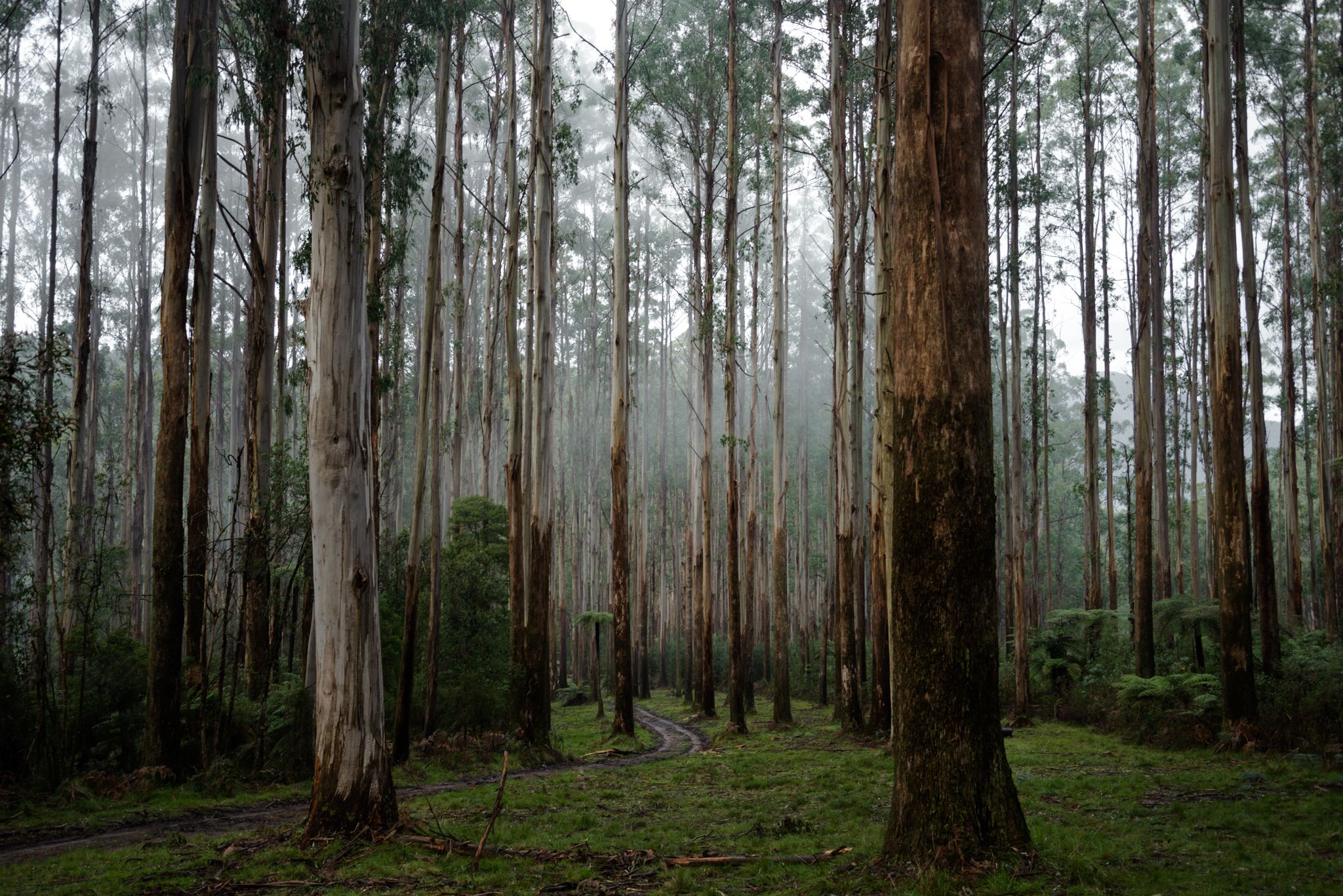 The morning after went just like we were hoping it would. We woke up at 5.30AM and we were surrounded by a light fog. We tried our best to incorporate it into our pictures the best we could, despite it dissipating rather fast as the first sun rays began to shine through the trees and into the thick forest. 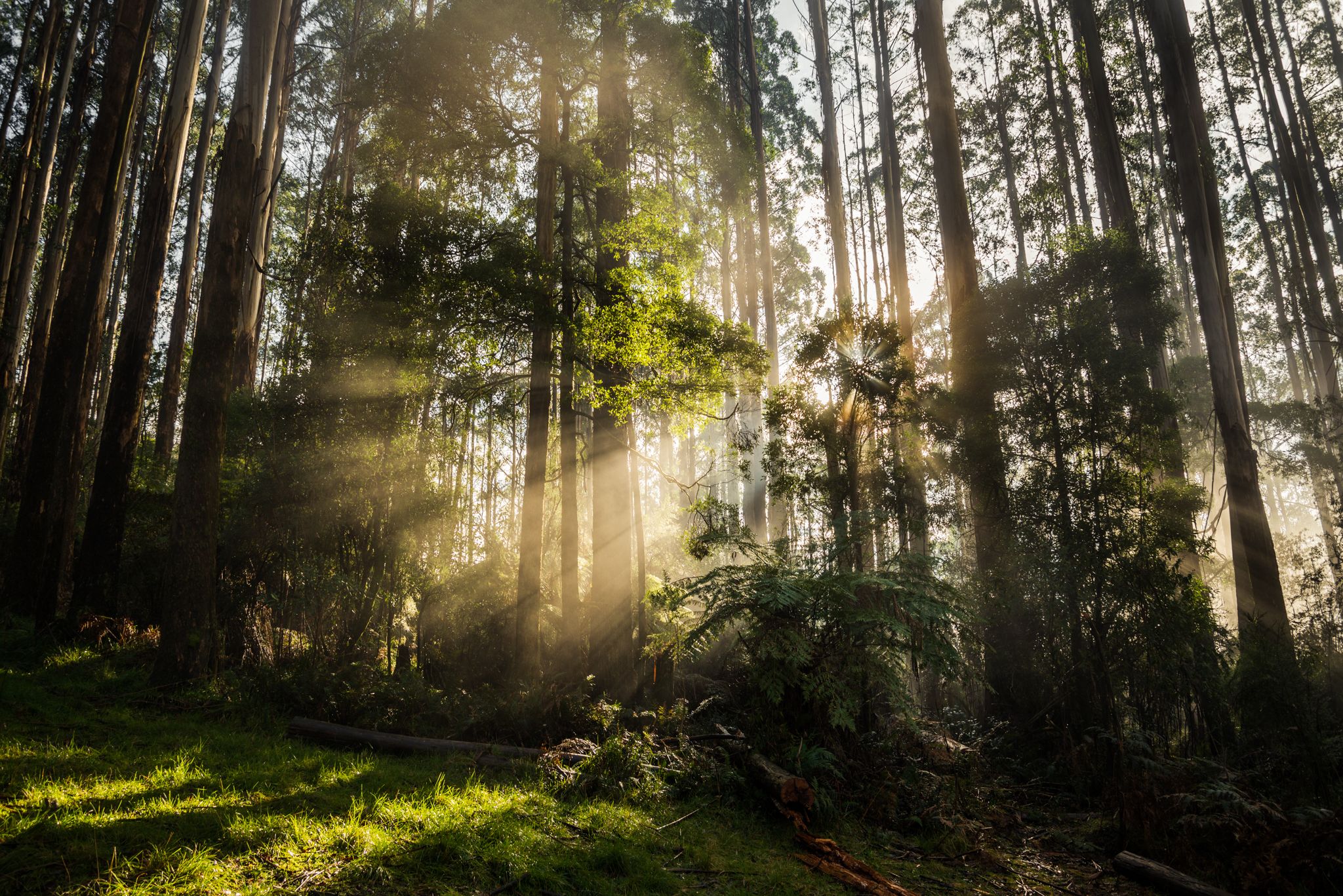 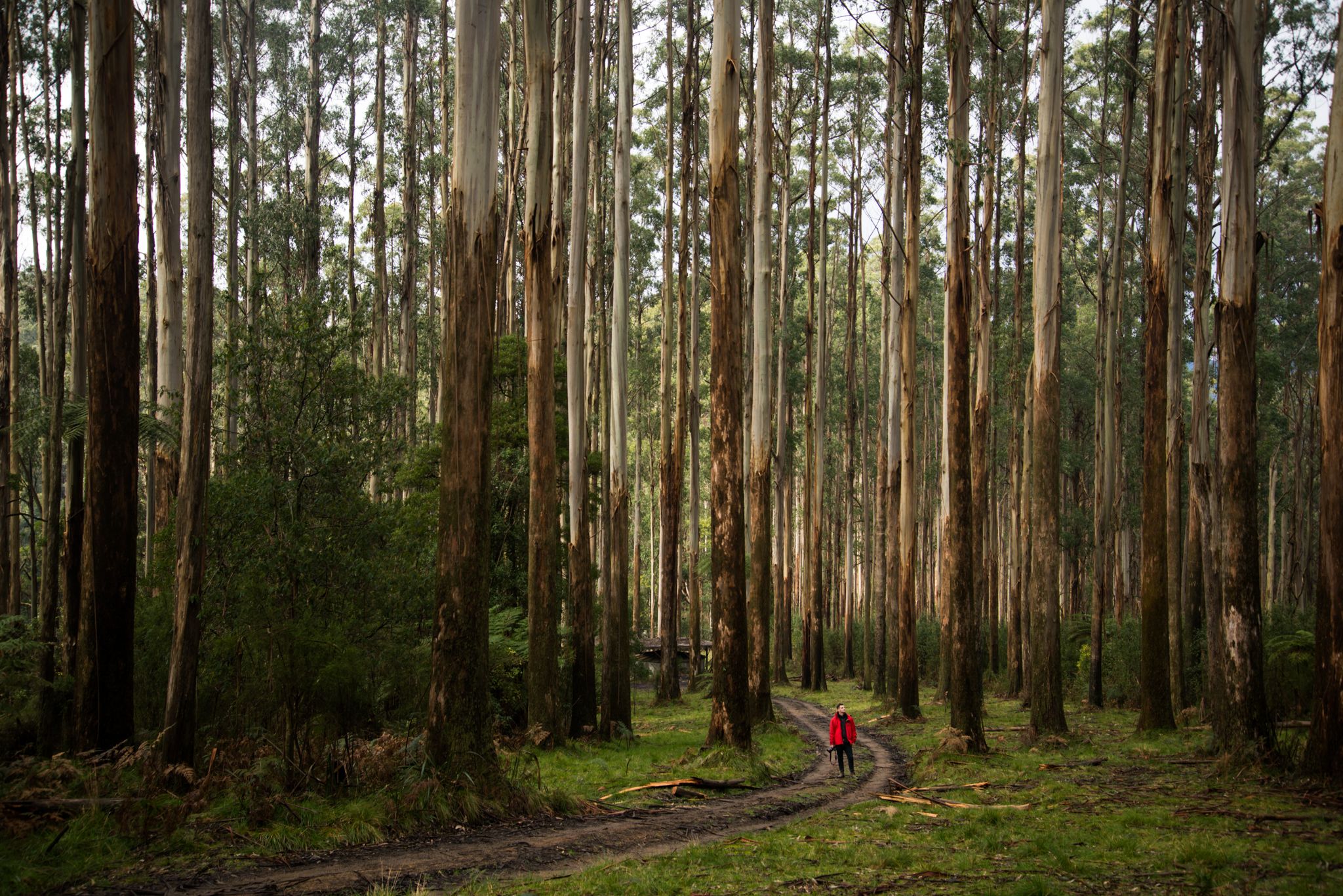 Having the entire place to ourselves made things fun and easy.

It was a day of wandering and a night of firsts, and although fear was part of the equation, it was still a pretty fun and adventurous experience. Another one for the books.

PS. We only had one red jacket for the photos, so we wore it for each other’s pictures. I’m in half of the shots you’ve just seen. Did you notice?